Word travels fast in Cebu especially when it involves tennis.
Coaches Graeme, Adrian, Alex and Andy made their second trip to the Sancase Tennis club over the weekend to conduct another clinic.

Andrew Town joined the group for a relaxing weekend and some “commercial tennis” against the local hotshots- current National doubles champions.

That soon changed when we were greeted by 76 kids on the Saturday and 130 on the Sunday. We were very thankful Andrew was there to help teach and entertain 130 kids on 4 courts! The 4 local coaches were a big help throughout the weekend.

The kids worked very hard and their enthusiasm was commendable. They all had a great time and the tennis program at Sancase Tennis Club is now bigger than anyone ever imagined.

Our next goal is to bring two Sancase coaches to Hong Kong for two weeks training before we travel again in December for another clinic. 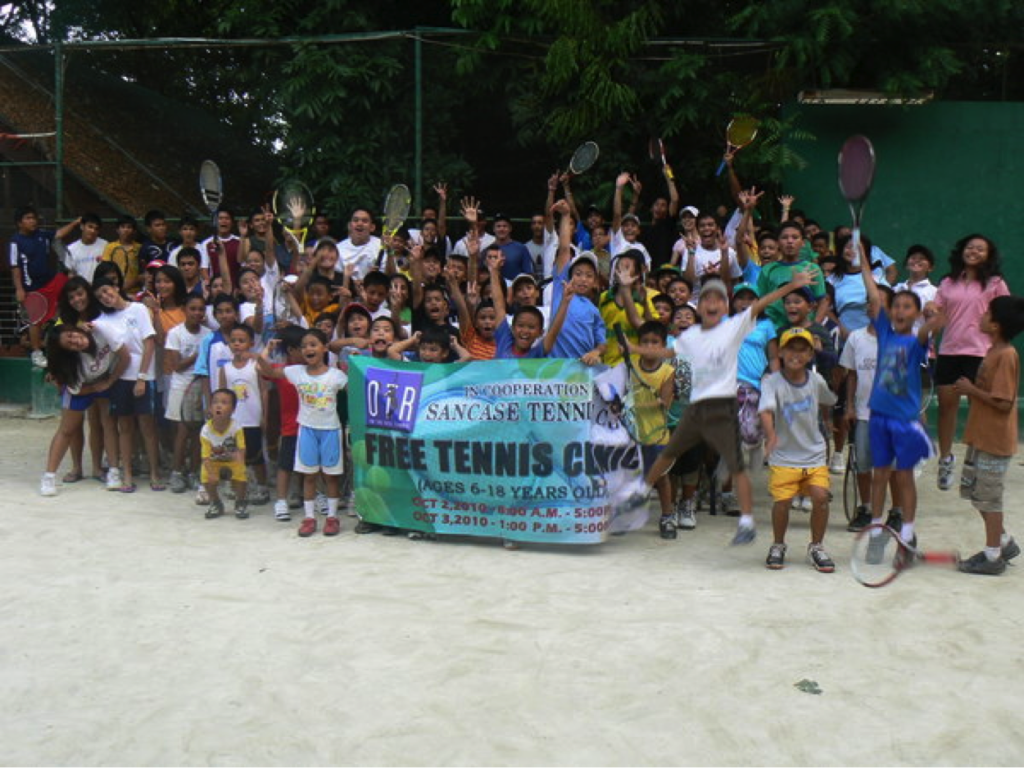 Over the past 3 weeks we have asked our Hong Kong students to donate any racquets they no longer use. We had an overwhelming response and were able to deliver 130 racquets to Mr Ken Salimbangon from the Club. A lot of kids had smiles from ear to ear when presented with their very own racquet. Thankyou all for your genorosity. 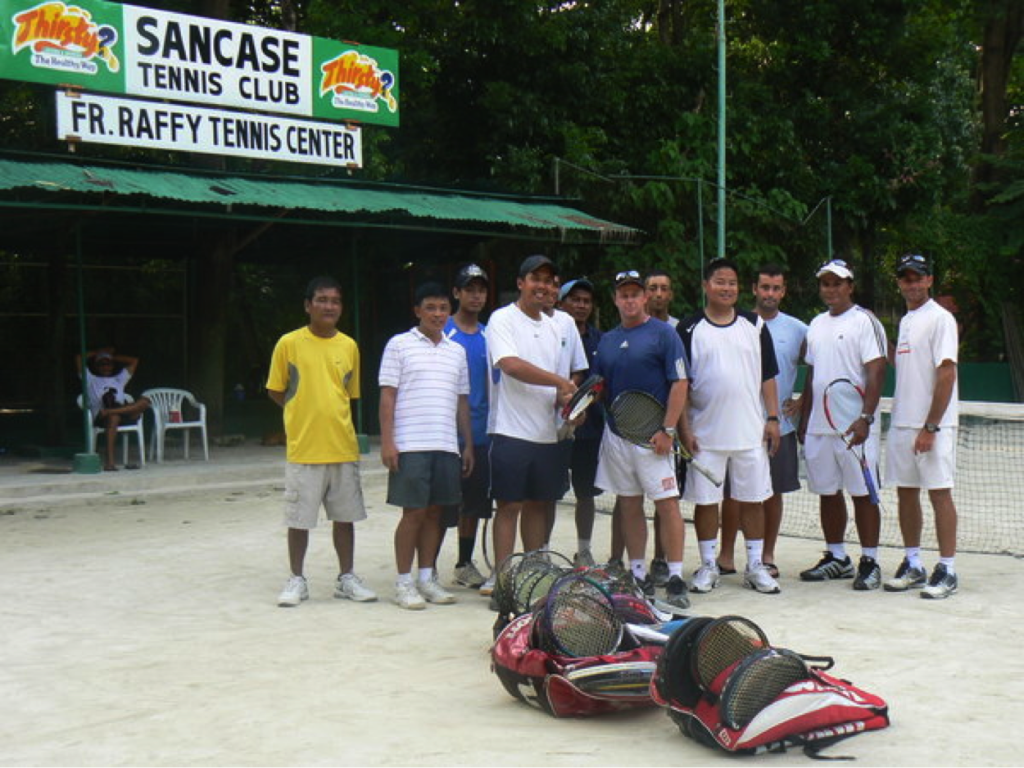 Another enjoyable and satisfying weekend, we are looking forward to the next one! 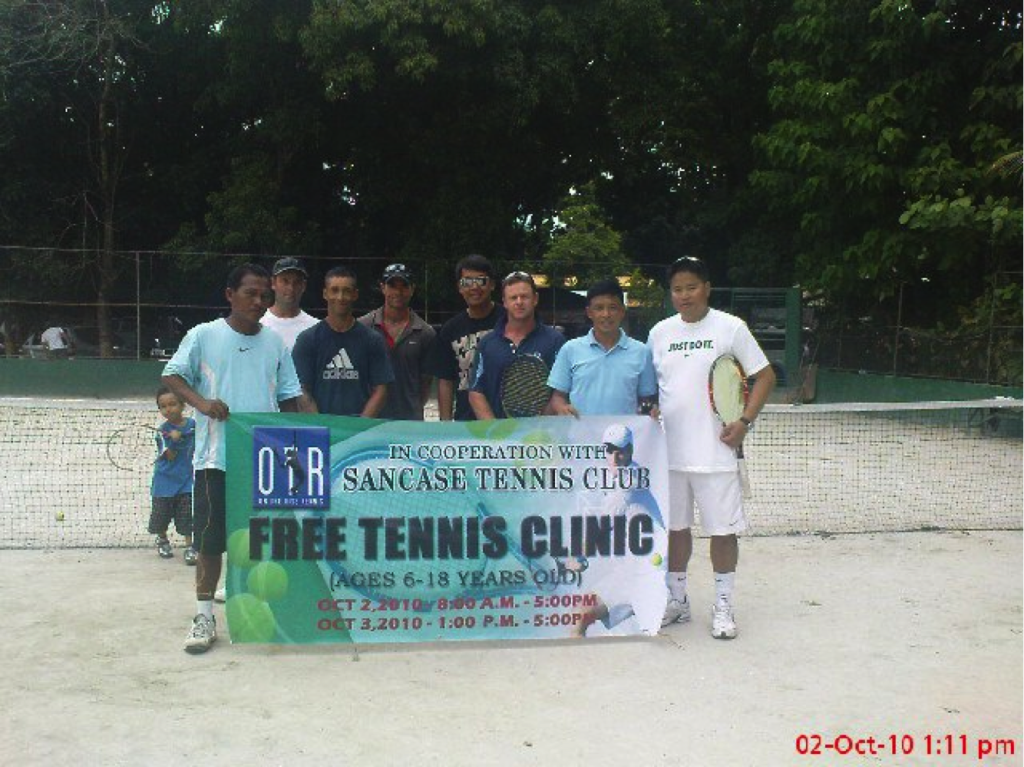